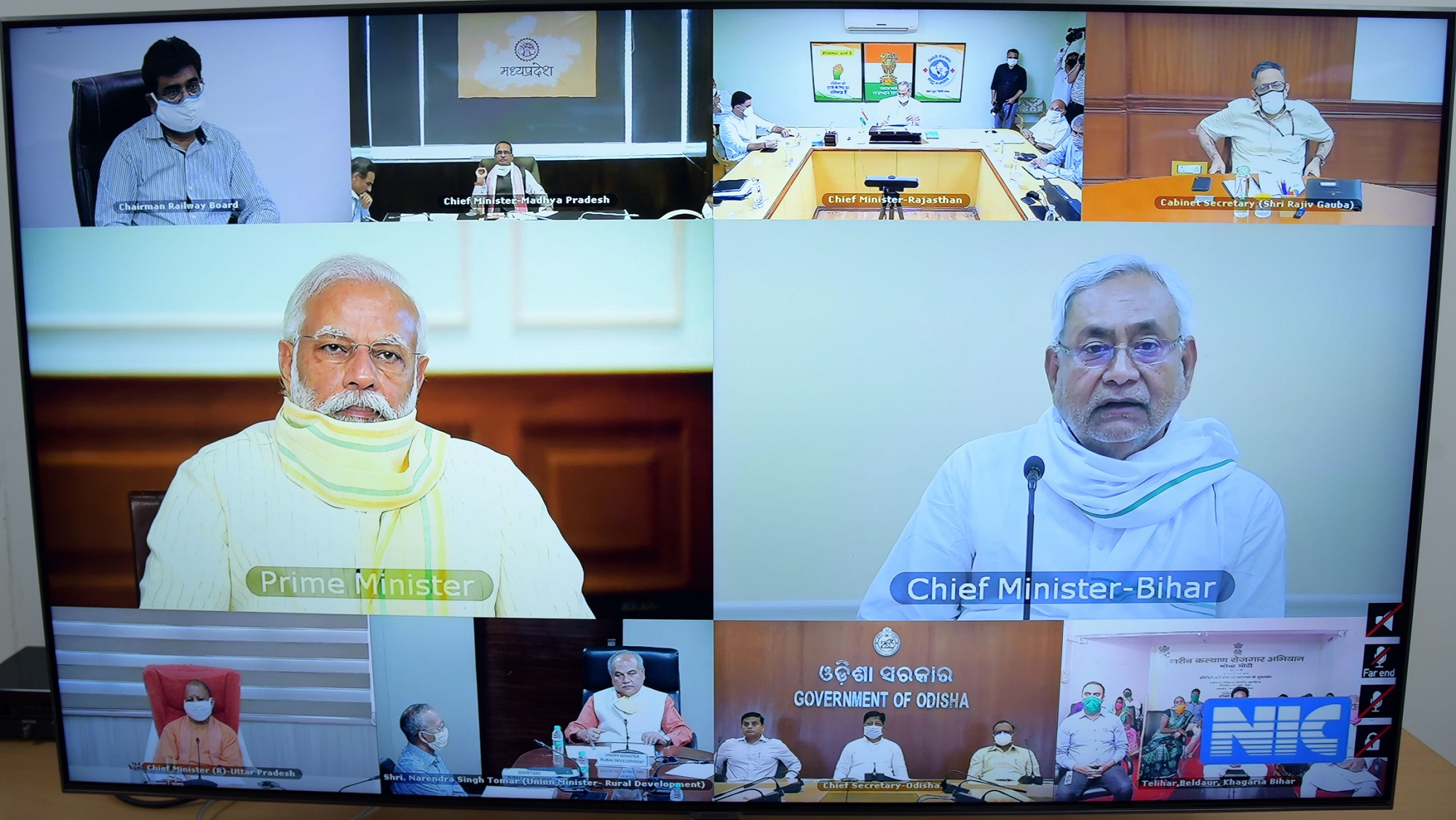 Prime Minister Narendra Modi on Saturday launched public works scheme worth Rs. 50,000 crore to provide employment to returnee migrant workers in Bihar and other major affected states due to the reverse migration.

The maximum focus of the scheme will be on Bihar, which is scheduled to go for election in the next few months. The terms of the current Bihar assembly expires on 29th November 2020. Therefore, the election in the state is likely to be held in October-November.

The number of districts covered under the scheme in Uttar Pradesh will be 31, which is one short of Bihar’s 32. In Madhya Pradesh it will cover 24 districts, while in Rajasthan the benefits will reach to 22 districts. It will also cover 4 districts of Odisha and 3 districts of Jharkhand.

According to Prime Minister Modi, 25 work areas have been identified for employment in villages, for development of various works. These 25 works or projects are related to meet the needs of the villages like rural housing for the poor, Plantations, provision of drinking water through Jal Jeevan mission, Panchayat Bhavans, community toilets, rural mandis, rural roads, other infrastructure like Cattle Sheds, Anganwadi Bhavans etc.

Under this scheme 125 days of work will be provided in mission mode. It will involve focused implementation of 25 categories of works/ activities in 116 districts, each with a large concentration of returnee migrant workers.

The Ministry of Rural Development is the nodal Ministry for this campaign and the campaign will be implemented in close coordination with the State Governments. Central Nodal Officers of the rank of Joint Secretary and above will be appointed to oversee the effective and timely implementation of various schemes in the identified districts.