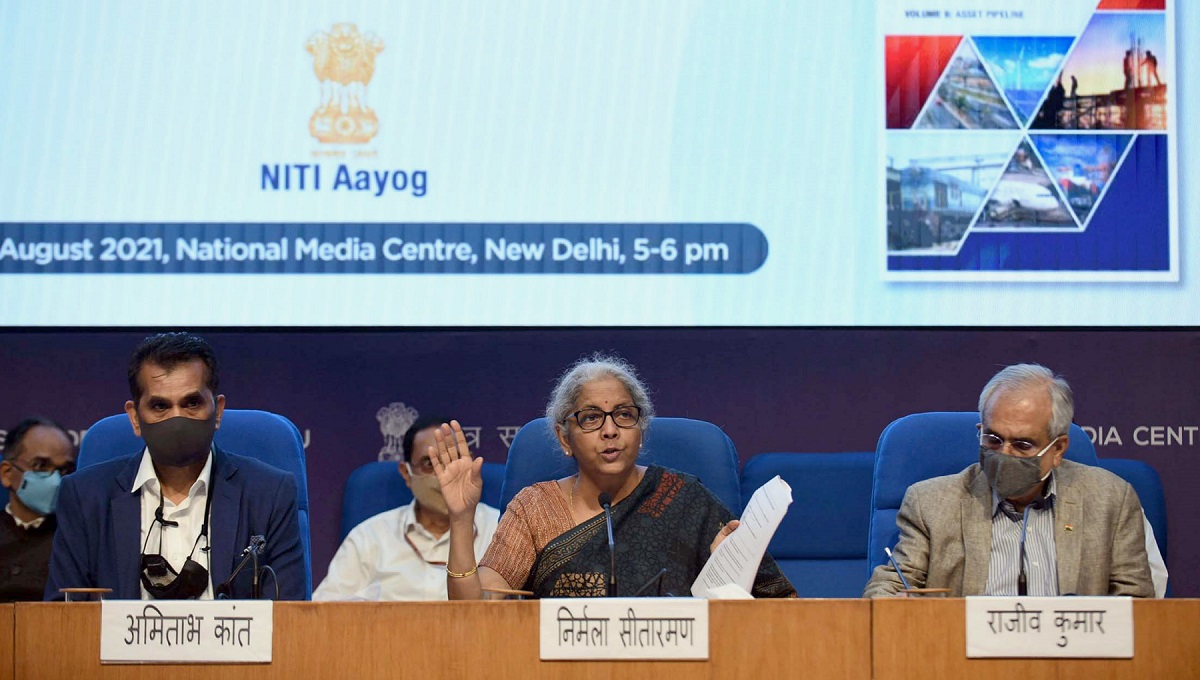 Prime Minister Narendra Modi government has prepared a plan to monetise unutilised infrastructure assets worth Rs.6 lakh crore across the sectors including railways, airports, coal mining, roads, telecom and power sectors over the next four years.

Elaborating on the plan, Finance Minister Nirmala Sitharaman said only under-utilised assets will be monetised and the ownership will remain with the government. The projects which are up for monetisation include 15 railway stadiums, 25 airports and 160 coal mines.

NITI Aayog has prepared a report titled ‘National Monetisation Pipeline’ in consultation with infra line ministries. The report, released in two volumes provide a medium-term roadmap of the programme for public asset owners along with visibility on potential assets to private sector.

The asset monetisation plan is in line with Prime Minister Narendra Modi’s strategic disinvestment policy, under which the government will retain presence in only a few identified sectors while the rest of the sectors will be privatised.

The asset monetisation plan is in line with Prime Minister Narendra Modi’s strategic disinvestment policy, under which the government will retain presence in only a few identified sectors while the rest of the sectors will be privatised.

“Asset monetisation, based on the philosophy of Creation through Monetisation, is aimed at tapping private sector investment for new infrastructure creation. This is necessary for creating employment opportunities, thereby enabling high economic growth and seamlessly integrating the rural and semi-urban areas for overall public welfare,” said Sitharaman outlining the rationale behind the monetisation plan.

In terms of annual phasing by value, 15 per cent of assets with an indicative value of Rs 0.88 lakh crore are envisaged to be rolled out in the current financial year (FY 2021-22). However, the aggregate as well as year on year value under National Monetisation Pipeline (NMP) is only an indicative value with the actual realisation for public assets depending on the timing, transaction structuring, investor interest etc, according to an official statement released by NITI Aayog.

The assets and transactions identified under the NMP are expected to be rolled out through a range of instruments. These include direct contractual instruments such as public private partnership concessions and capital market instruments such as Infrastructure Investment Trusts (InvIT) among others. “The choice of instrument will be determined by the sector, nature of asset, timing of transactions (including market considerations), target investor profile and the level of operational/investment control envisaged to be retained by the asset owner etc.”

The monetisation value that is expected to be realised by the public asset owner through the asset monetisation process, may either be in form of upfront accruals or by way of private sector investment.

Considering that infrastructure creation is inextricably linked to monetisation, the period for NMP has been decided so as to be co-terminus with balance period under National Infrastructure Pipeline (NIP).

The aggregate asset pipeline under NMP over the four-year period, FY 2022-2025, is indicatively valued at Rs.6 lakh crore. The estimated value corresponds to 14 per cent of the proposed outlay for Centre under NIP (Rs.43 lakh crore). This includes more than 12 line ministries and more than 20 asset classes. The sectors included are roads, ports, airports, railways, warehousing, gas & product pipeline, power generation and transmission, mining, telecom, stadium, hospitality and housing.

“The strategic objective of the programme is to unlock the value of investments in brownfield public sector assets by tapping institutional and long-term patient capital, which can thereafter be leveraged for further public investments,” said NITI Aayog Vice Chairman Rajiv Kumar.

“Asset Monetisation needs to be viewed not just as a funding mechanism, but as an overall paradigm shift in infrastructure operations, augmentation and maintenance considering private sector’s resource efficiencies and its ability to dynamically adapt to the evolving global and economic reality,” Kant said.

Previous Posts Bihar Among the Top 4 States in Providing Tap Water to Rural Households
Next Posts Rebound in Economy After Covid Slump; GDP Soars by 20% in Q1 of 2021-22
Categories