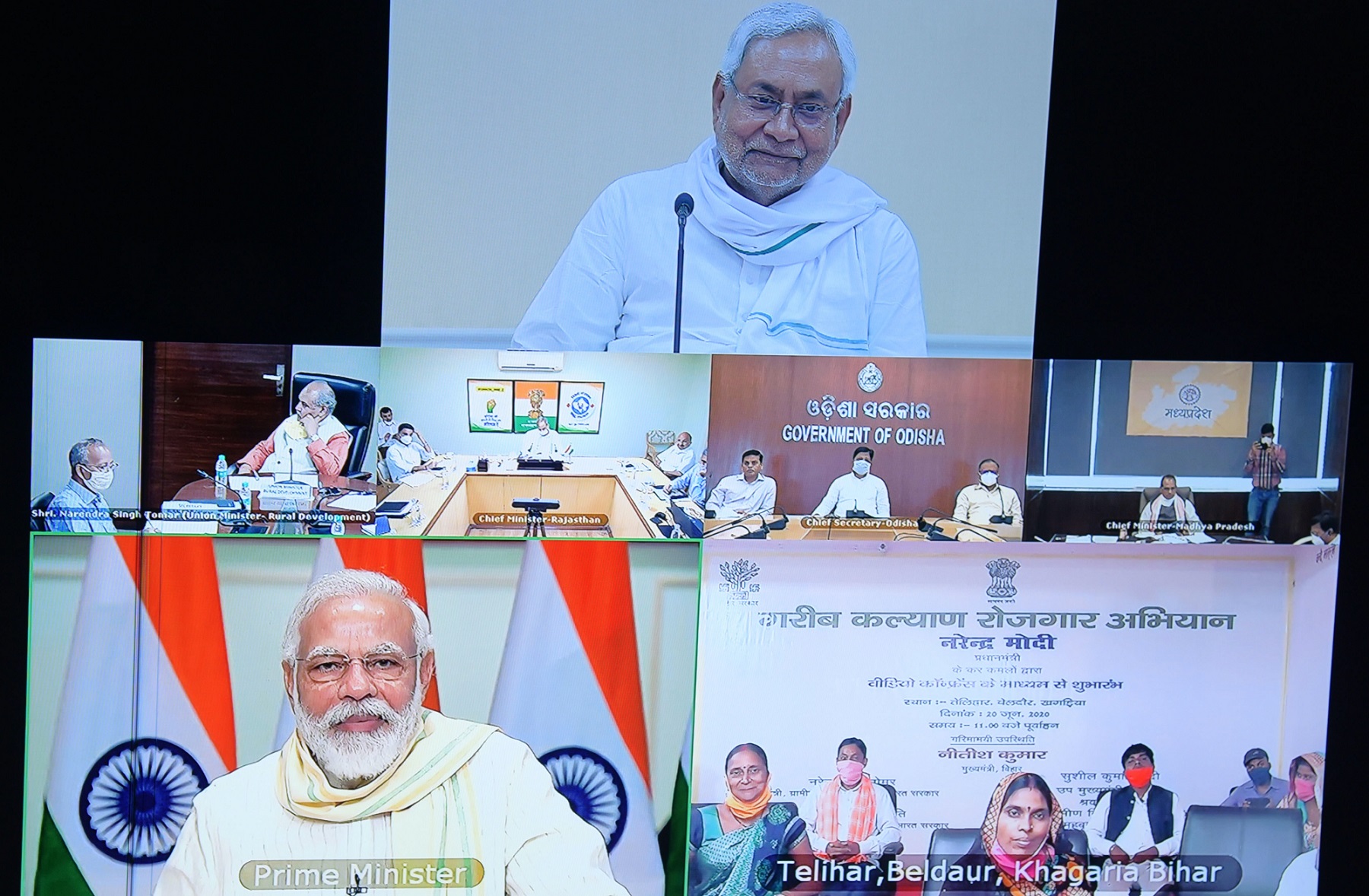 Bihar Chief Minister Nitish Kumar has urged the central government to provide special discount in Goods and Services Tax (GST) and Income Tax to promote industries in the state.

Addressing a video-conferencing meeting to launch ‘Garib Kalyan Rojgar Abhiyaan’ in which Prime Minister Narendra Modi was the chief guest, Kumar said: “There is a dearth of industries in Bihar. The central government should provide special assistance in the form of discount in GST and Income Tax to promote industries.”

The chief minister further added that promotion of industries was crucially important to ensure employment for the labourers who have returned to Bihar in the recent months due to lockdown and Covid-19 pandemic.

Kumar also urged the central government to increase allocation for Micro, Small and Medium Enterprises (MSMEs) from the current allocated amount of Rs 25,000 crore so that the small industries are promoted in the states like Bihar.

The chief minister also expressed concern on low lending by banks in the state of Bihar. “During a state level bankers meet held recently I advised the banks to increase their annual credit plans,” Kumar said.

The chief minister said that while people of Bihar deposits money in the banks located in the state, these banks invest those money in other states.