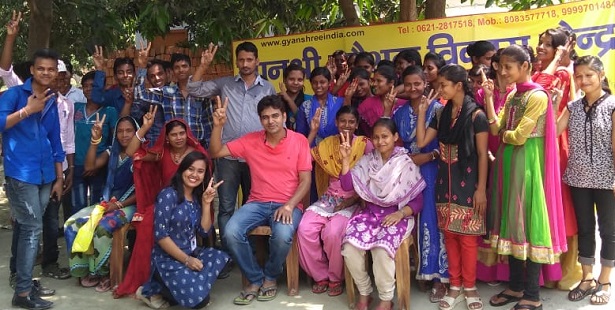 On 31st July 2019 at around noon, there was a huge rush of students. Some of them were agitated and shouting, but the majority of them were standing in long queues. I witnessed this scene at Bihar University campus in Muzaffarpur, Bihar. Those candidates had come to fill the admission forms for the third semester of their post graduate courses. But this is not the story.

When I spoke to some of the university officials, they said it was done because the session was too late. This is not a new thing for the university. Such kind of things happen quite often. The university is notorious for late session. A 3-year graduation course usually takes 5 years or more. Two-year post graduation course takes 4 to 5 years. The University asked the students to fill in the admission and examination form the same day with a view to “streamline” the session and termed as a “reform process”.

The scene is not very different at other universities in the state. Candidates who took admission in 3-year undergraduate course at Magadh University in 2016 have been made to sit for just the first year exam so far. This means they are at least two years behind. There are around 4.5 lakh enrolled candidates for different courses at Magadh University.

In other universities also sessions are often late. Students are asked to appear for the exams without any proper classes being conducted. What is the result? Most of the candidates resort to unfair means to pass the exam. They are certainly not getting equipped for the job requirements! Those who could afford migrate from the state.

The condition of Bihar’s higher education system is alarming. It is ailing at multiple fronts. Here we will keep our focus on academic sessions.

Two-semester academic calendar gives a lot of flexibility. Students have the option to take the admission twice. One session should start from July and the other from January. Candidates aiming for professional and technical courses need more flexibility. It would also help in increasing the enrolment. Universities and colleges can take admission twice a year, i.e. at the beginning of each semester. This would be particularly helpful for poor marginalised candidates. Due to lack of money or other compulsions if they miss the opportunity of taking the admission in one semester, they would have the option of taking the admission in another semester.

Accountability need to be fixed from the top to the bottom. Once there is a fixed academic calendar, the admissions, classes and examinations need to be conducted in a timely manner. If there is any delay accountability need to be fixed for it. Who is responsible for the delay? Is it the university administration or the state government? Certain officials need to be made accountable for it. If there is a delay due to any particular official slackness he/she must pay the price for the delay.

Universities already have designated officials for admissions and examinations. But they don’t seem to be made accountable.

There could be a designated official to monitor academic sessions at the university level and also at the state level. If a particular university or institution is not adhering to the prescribed time frame it needs to be given exemplary punishment.

All universities must deploy ERP system for effective monitoring and delivery of quality services in a transparent manner. There is need to implement biometric attendance system for students, teachers as well as other staff. Progress on classes and other academic activities could be monitored effectively through the digital process.