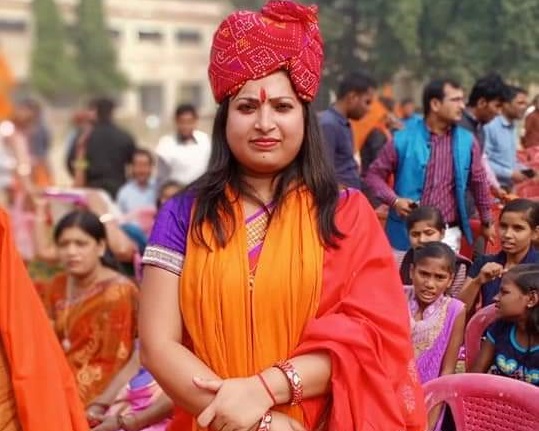 Mayor and Deputy Mayor of Bhagalpur Municipal Corporation will be elected through direct elections, according to an ordinance by the state government, following which the politics in the city is heating up.

The decision came after 120 years of the formation of Municipal Corporation after the Urban local bodies (ULC) reported many loopholes in its functioning. After the ordinance was passed last week, the ‘poster war’ in the city has started with several new candidates placing their banners around the city.

Appreciating the new law, Member of LJP, The Deputy Mayor of Bhagalpur, Rajesh Verma, said, “Since this is not an election based on any party symbol, people will be elected on their groundwork. The elected people will be able to make decisions in favour of the city without any pressure.” He pointed out that to undertake any development-related work, they always have to keep the ward councillors in good faith, or else the no-confidence motion is passed against them.

The present head and deputy of the Bhagalpur Municipal Corporation (BMC) faced the no-confidence-motion a couple of times, reportedly for the disorganized work in the city regarding cleanliness and development schemes by the ward councillors.

According to the new rule, the practice of passing ‘no-trust-vote’ will be over, and there will be a limit to the amount spent by the candidate during the election.

Currently the strongest name for the municipal elections, Member of BJP, Preety Shekhar, who also served as the Deputy Mayor of Bhagalpur (2012-2017), said, “Horse trading will come to a full stop through direct elections, also now the people at post will be directly answerable to the people. Now, it is the citizens who are in power, not the money.”

Reportedly, in the past, the ward councillors were purchased and sent to a destination spot by the mayor candidates.

Shekhar, who has been the member of BMC since 2007, asserted that her efforts would be to bring online facilities for submission of tax, applying for certificates, and registering grievances, a proper plan to clean the city, and improve the quality of the education of schools under the BMC.

Other faces in fray are Deepak Bhuwania, Kunal Singh, and Sweta Singh.

According to media sources, there will be no party symbols used in the ULB elections. However, a section of the city residents stated that the election might take place without any party symbols officially but they all know which candidate belongs to a specific union.

Meanwhile, the public also hailed the new process as the civic bodies in the city have often been under suspicion for poor work. Komal Bhaskar, a city businessman, said, “Few politicians who turned out to be businessmen should not be voted when they don’t care about the poor vendors while purchasing lands. It shows their lack of sensitivity towards the public.” So far, no roster regarding the reservation of seats and whether individual candidates are allowed to contest for both mayor and deputy seat has been released. The tentative date for the elections to take place is in April or May and the new board of the civic body should be set up on June 9.

Aryan Singh is a student and budding journalist. He is currently pursuing PGDM in Print Media from the Asian College of Journalism, Chennai.

Previous Posts Shaibal Gupta, Acharya Chandanaji from Bihar are among 128 Padma Awardees in 2022
Next Posts ‘Adult Education’ programme to be now called ‘Education For All’
Categories