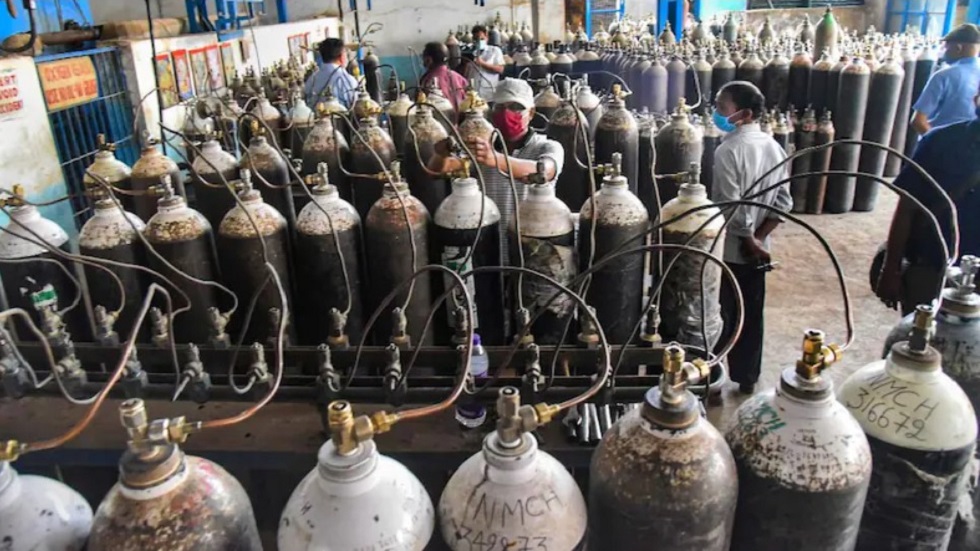 Thousands of people have died in India due to oxygen shortage in the recent weeks. While there has been an acute shortage of oxygen due to the spike in the number of Coronavirus patients, mismanagement and misuse of this lifesaving gas has made the situation frightening.

Several steps have been taken to increase the supply of oxygen. The government has outlined plans to set up new plants to produce this lifesaving gas. Industrial use of oxygen has been diverted for the use in hospitals. Huge support has come from across the borders. Over 40 countries have offered to supply oxygen to India in this time of crisis. These countries are expected to send around 550 oxygen generating plants, 4,000 oxygen concentrators and 10,000 oxygen cylinders to help India deal with the Coronavirus pandemic.

“The hospitals in Uttar Pradesh, Bihar, Karnataka, Goa, Kerala, Maharashtra, Gujarat, Rajasthan, Odisha, Madhya Pradesh and Delhi will be covered under the initiative. The entire expenditure for these plants will be borne by the companies from their CSR fund,” Ministry of Petroleum and Natural Gas said in a statement.

Despite all the efforts of increasing the supply of oxygen the ground level situation is still alarming. Hundreds of people die everyday due to the unavailability or precarious supply of oxygen. Shortage of supply leads to overstocking and black marketing of any item. This causes hardships to the common people. Black marketing and overstocking of oxygen is not a normal crime. This is murder! In fact, genocide.

Observing that crooks and black sheep are deriving gains from Coronavirus crisis the Patna High Court has directed the government to take strong action against the black marketeers of oxygen.

Hearing a suo motu case on handling of the Coronavirus pandemic, a bench of Justices Ajit Kumar and Siddhartha Varma of the Allahabad High Court remarked that the death of coronavirus patients due to shortages of oxygen at hospitals is a “criminal act” and “not less than a genocide”.

According to a report published in Live Law, the Court directed the Government, “To take all possible measures to procure its quota of oxygen, as allocated by the Government of India, per day so as to ensure continuous supply of oxygen in all Government and private hospitals as also to ensure that the healthcare system in the State is prepared to face the challenges in coming days.”

“A few people stock oxygen cylinders at home fearing that they may need it later. This is not advisable. If your oxygen saturation level is 94 per cent or above, it still means there is sufficient oxygen in our body. There is no need to panic. Misusing the same by a person with normal levels of oxygen can deprive someone whose saturation level is well below 90 per cent or 80 per cent,” Randeep Guleria, Director, All India Institute of Medical Sciences (AIIMS)

True, some crooks and black sheeps are trying to make gains out of this one of the biggest humaniterian crisis in the world. But a lot of people have started hoarding it out of panic. It is also being wrongly used.

Director of All India Institute of Medical Sciences (AIIMS) Randeep Guleria has observed that the “misuse of oxygen cylinders is a serious matter of concern these days.”

“A few people stock oxygen cylinders at home fearing that they may need it later. This is not advisable. If your oxygen saturation level is 94 per cent or above, it still means there is sufficient oxygen in our body. There is no need to panic. Misusing the same by a person with normal levels of oxygen can deprive someone whose saturation level is well below 90 per cent or 80 per cent,” he said.

Guleria further added that oxygen saturation of 92 or 93 should not be considered critical; instead, this level is only a buffer which enables the patient to reach hospital on time.

Around 65 per cent of human body is oxygen. It is vital for respiration, the process that transfers energy from glucose to cells. In fact, every cell in our body requires oxygen. When we breathe air in, oxygen molecules enter the lungs and pass through lung walls into our blood.

One of the ways in which this oxygen can be supplied is through Liquid Medical Oxygen (LMO). LMO is nothing but high purity oxygen used for medical treatment, and is developed for use in the human body.

Why in liquid state

Due to its low melting and boiling points, oxygen is in a gaseous state at room temperature. Liquification enables storage in larger volume and easier transportation.

How Liquid Medical Oxygen is produced

There are several methods. The most common production method is separation of oxygen in what are known as Air Separation Units or ASUs. ASUs are basically plants that separate large volumes of gases. They use a method called Fractional Distillation Method to produce pure oxygen from atmospheric air, which consists mostly of nitrogen and oxygen – 78 per cent nitrogen, 21 per cent oxygen and remaining 1 per cent other gases including argon, carbon dioxide, neon, helium, and hydrogen.

In this method, gases from the air are separated into various components after cooling them into a liquid state and then liquid oxygen is extracted from it.

Atmospheric air is first cooled to -181°C. Oxygen liquifies at this point. Since, the boiling point of Nitrogen is -196°C, it remains in a gaseous state. But Argon has a boiling point similar to that of oxygen (–186°C) and hence a significant amount of Argon liquifies along with Oxygen.

The resultant mixture of Oxygen and Argon is drained, decompressed and passed through a second low-pressure distillation vessel for further purification. We then get the output as final purified liquid oxygen, which is then transported using cryogenic containers.

What are cryogenic containers?

Cryogenics is the production and behaviour of materials at very low temperatures. A cryogenic liquid is defined as a liquid with a normal boiling point below –90°C.

Cryogenic liquid containers are specially designed for safe and economic transportation and storage of liquefied gases at cryogenic temperatures, lower than –90°C. These containers are highly insulated, in which liquid gases are stored at very low temperatures.

What is Pressure Swing Adsorption Technique?

Oxygen can also be produced non-cryogenically, in gaseous form, using selective adsorption. This method leverages the property that under high pressure, gases tend to be attracted to solid surfaces. The higher the pressure, the more the adsorption of gas.

If a gas mixture such as air is passed under pressure through a vessel containing an adsorbent bed of ‘zeolite’ that attracts nitrogen more strongly than oxygen, a part or all of the nitrogen will stay in the bed, and the gas exiting the vessel will be richer in oxygen, relative to the mixture entering the vessel.

Hospitals can also opt for on-site generation of oxygen by this method, where oxygen is produced from ambient air by concentrating it. Producing oxygen near hospitals has the additional advantage of eliminating need for transportation.

In addition to the above sources of medical oxygen, there are also portable oxygen generators known as Oxygen Concentrators that can be used at home.

If the temperature is high enough, many substances will burn in oxygen. Hence, it is equally essential to ensure proper fire safety measures and train all staff in the safe handling of oxygen as the increased storage and handling of oxygen cylinders during Covid-19 heightens risk of hospital fires. There are also additional requirements and rules for medical oxygen, including requiring a person to have a prescription to order medical oxygen.