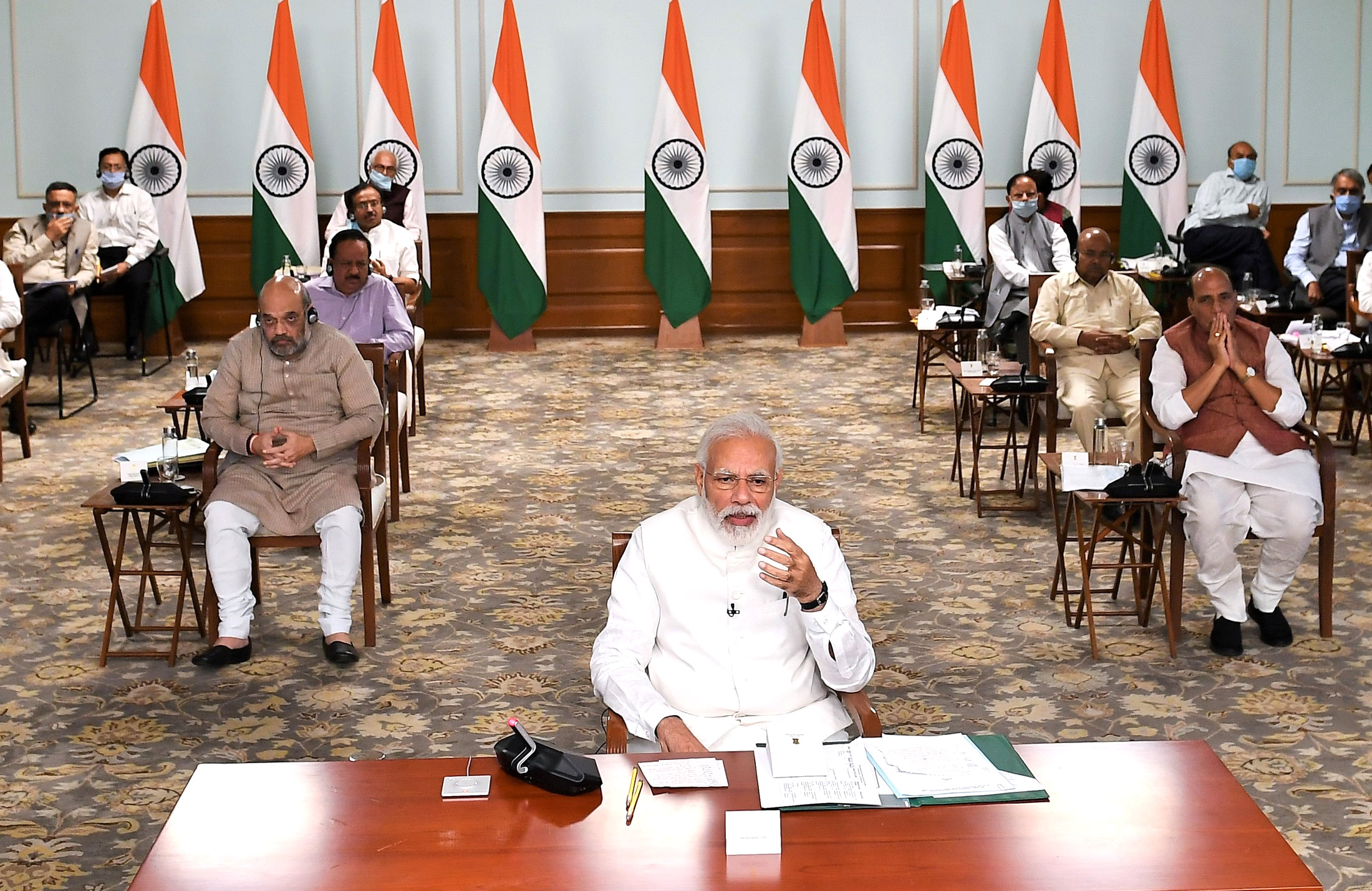 This is in line with the economic stimulus announced by several countries across the world including the United States, Japan, the United Kingdom and Germany.

Modi said the focus of the special economic package will be on giving a boost to domestic production that would help make India self-reliant.

“In the recent past economic announcements made by the government related to the Corona crisis, which were the decisions of the Reserve Bank. The economic package that is being announced today, if added, comes to around Rs 20 lakh crores. This package is about 10 per cent of India’s GDP,” Modi said in his address to the nation on 12 May.

“This package will give a new impetus to the development journey of the country in 2020 and a new direction to the Self-reliant India campaign. In order to prove the resolve of a self-reliant India, Land, Labor, Liquidity and Laws all have been emphasised in this package,” Prime Minister said without giving specific details about the package.

Modi said Finance Minister Nirmala Sitharaman would give details about the economic package in the coming days.

“Bihar will be one of the biggest beneficiaries of the financial package as it is home to probably the largest number of workers and middle-class people,” said Bihar Deputy Chief Minister Sushil Kumar Modi

Bihar is hopeful to get a significant benefit from this economic package. “Bihar will be one of the biggest beneficiaries of the financial package as it is home to probably the largest number of workers and middle-class people,” Bihar Deputy Chief Minister Sushil Kumar Modi said while reacting on the special package announced by Prime Minister Modi.

Bihar Deputy CM expressed hope that the state would get a significant support from the central government in creation of jobs for lakhs of migrant workers who have returned to the state due to the lockdown.

Prime Minister listed five areas that would critical to make India a self-reliant country. The five areas of focus, what prime minister calls ‘five pillars’ are – Economy, which brings in quantum jump and not incremental change; Infrastructure, which should become the identity of India; System, based on 21st century technology driven arrangements; Vibrant Demography, which is our source of energy for a self-reliant India; and Demand, whereby the strength of our demand and supply chain should be utilized to full capacity.

One of the focus areas of the special economic package will be Micro, Small and Medium Enterprises (MSME) sector.

Reacting on the prime minister’s announcement, Union Minister for MSMEs and Road Transport & Highways Nitin Gadkari said the package would give a huge boost to MSMEs, village and cottage industry.

“Taking the economic slowdown due to COVID-19 pandemic as a blessing in disguise, we should strive to maintain positivity and self confidence to take the country ahead,” Nitin Gadkari said.

“Taking the economic slowdown due to COVID-19 pandemic as a blessing in disguise, we should strive to maintain positivity and self confidence to take the country ahead,” Gadkari said.

He said the MSME, village and cottage industry sector would grow to new heights with the support of this package.

Previous Posts Nitish Kumar wants lockdown to be extended till May 31 as Covid cases spike in Bihar
Next Posts One Nation, One Ration Card to enable migrants access PDS benefits anywhere in India