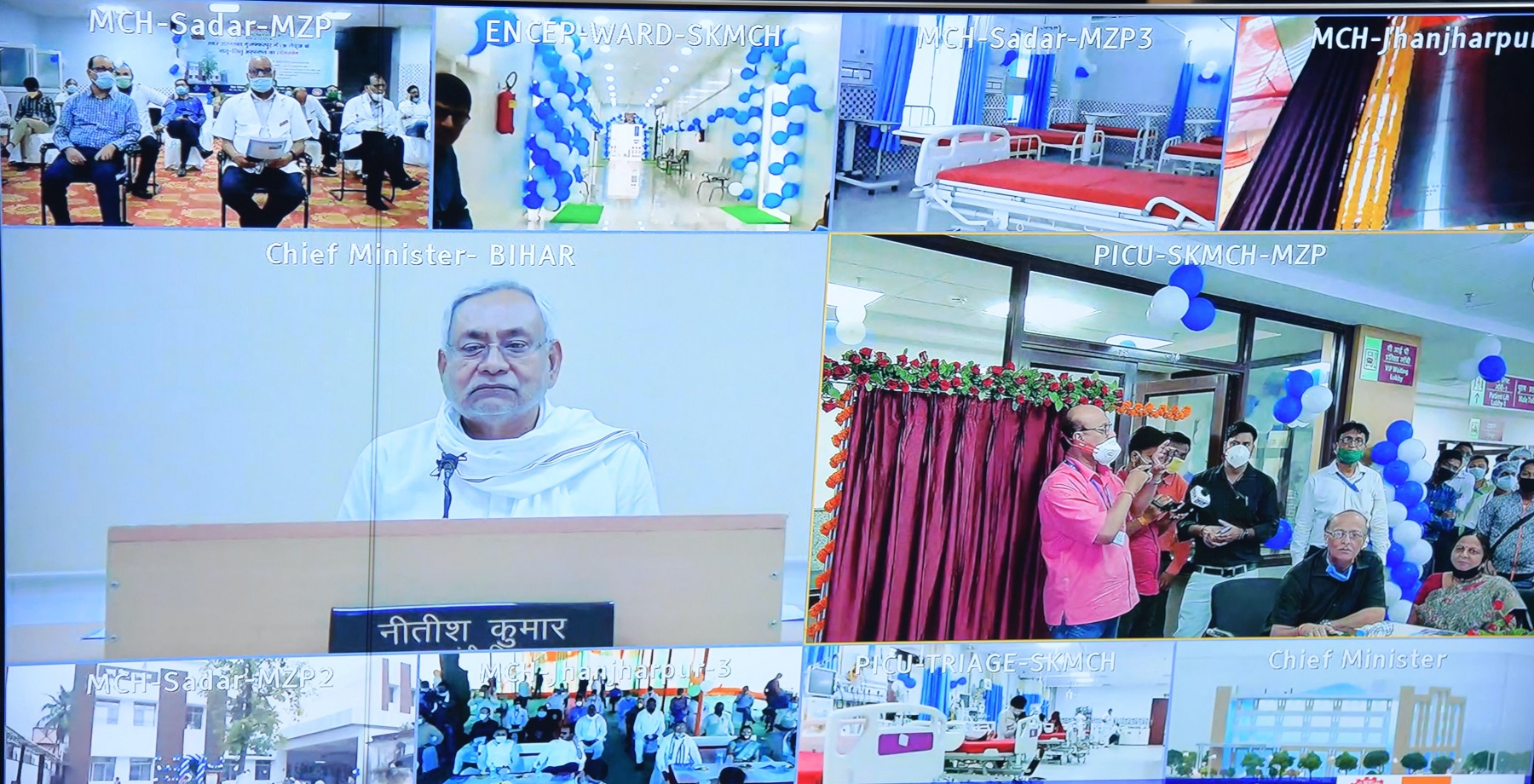 A 100-bed Paediatrics Intensive Care Unit (PICU) has been opened at Muzaffarpur, Bihar. This is the biggest intensive care facility dedicated for children in the country. This PICU-cum-research centre has been developed by Bihar Government with an investment of Rs.88.38 crore.

Bihar government has also built a 60-bed encephalitis ward at Muzaffarpur. This facility is also dedicated for children. Both these facilities are located at Shri Krishna Medical College and Hospital (SKMCH), Muzaffarpur.

The facility dedicated for providing healthcare to children in North Bihar is important as hundreds of children die due to mysterious Acute Encephalitis Syndrome (AES) disease in the region every year. The disease outbreak happen mostly during the peak of summer. Six children have lost their lives due to AES this year.

Chief Minister Nitish Kumar inaugurated the new health facilities through video conferencing from Patna. Due to Coronavirus pandemic chief minister attends most of the official programmes through video-conferencing facility ‘Nek Samvad’ hall developed at his official residence in Patna.

Addressing the event Kumar said the new health facilities have been developed within the stipulated time-frame. “It has become functional. Now it is being used for the treatment,” Kumar said.

Chief minister pointed out that a socio-economic survey was conducted in five worst AES-affected blocks of Muzaffarpur district. He claimed that based on the survey findings the government is providing several support to the affected families in the region.

Kumar also announced that Patna Medical College and Hospital (PMCH) will be developed into 5,400 bed facility that will make it the biggest hospital in terms of bed in the world.