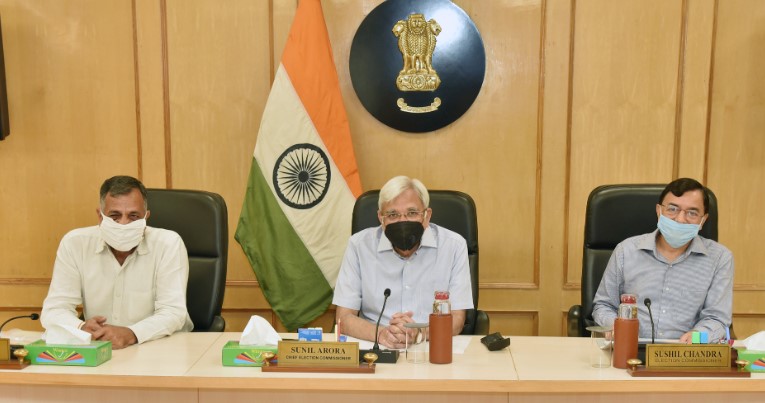 Chief Election Commissioner Sunil Arora has said that assembly election in Bihar would be held on time and the necessary preparations are underway.

Several political parties including the main opposition in the state assembly Rashtriya Janata Dal (RJD), Congress Party and even an ally of ruling National Democratic Alliance (NDA) Lok Janshakti Party, have urged the Election Commision of India to postpone the polls due to rising Coronavirus cases.

However, the Election Commission of India seems to have rejected any such request and go ahead with the polling. If it is done as per the schedule, the election in Bihar would be held in October-November this year.

“Necessary preparations to conduct Bihar Assembly Elections in time are underway at the Election Commission, state and district level. Commission’s paramount concern is to ensure the safety of the health of voters and all involved in the conduct of elections while adhering to timelines and SOPs of the electoral process,” Arora said in an interview to India Today TV.

“Since elections are being held during a pandemic, all instructions for electoral processes would be suitably modified to ensure requisite arrangements of social distancing, sanitisation, disinfection, and masks/gloves etc,” he added.

Bihar assembly election would be the first major election to be held in India since the outbreak of Coronavirus disease early this year. Arora said various steps have been taken by the Election Commission of India for a smooth election process, including an increase in the number of polling stations and a limited number of electors per polling station.

The Election Commission of India has started the poll process by engaging with the political parties. It has asked all the recognised political parties to give their views/suggestions on necessary actions to be taken for campaigning and voting in view of the Covid pandemic. Initially, the party’s response was invited till July 31. However, the date was later extended to August 11.