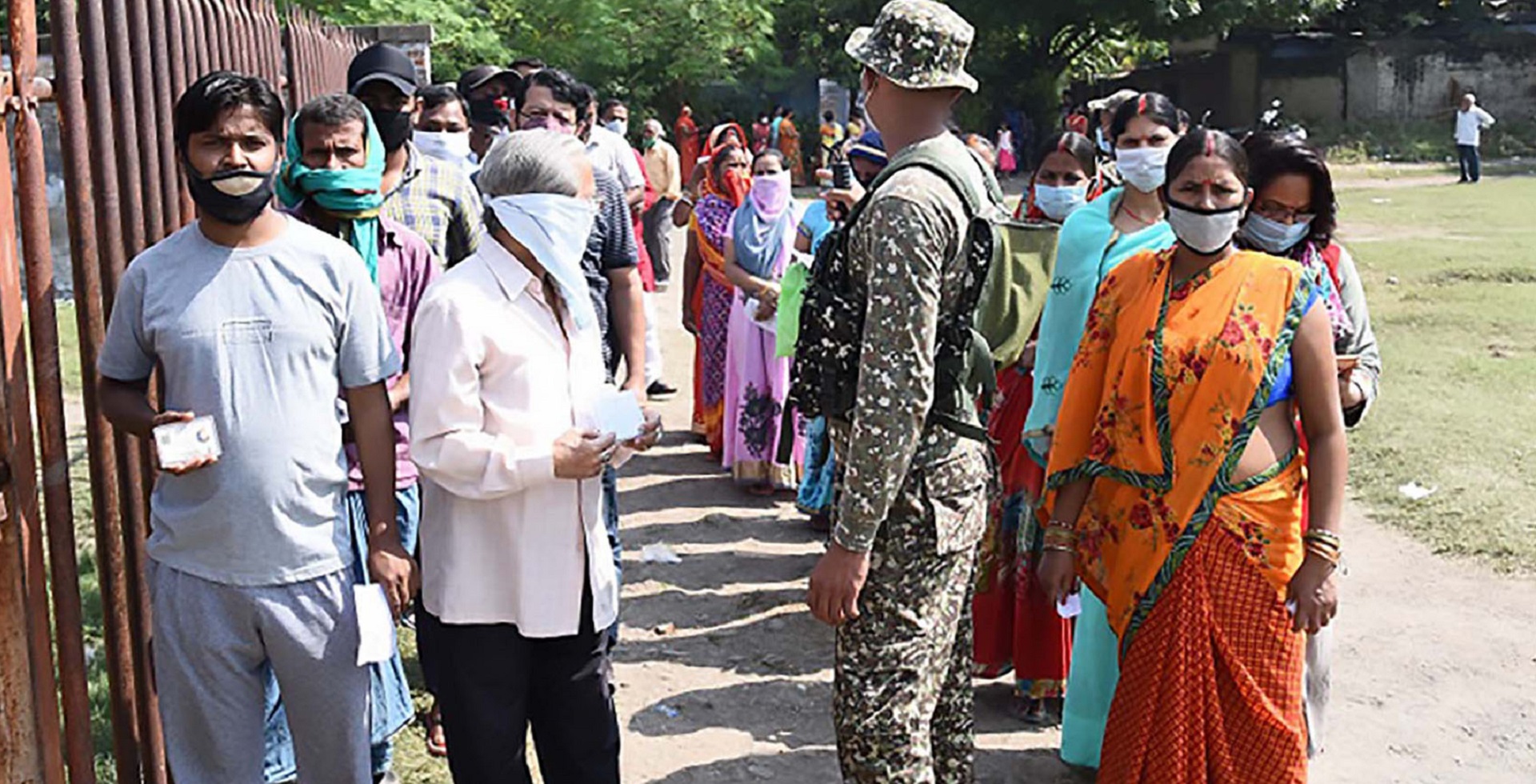 Voting was conducted in 71 assembly constituencies in Bihar in the first phase of polling on Wednesday, October 28. An estimated 54.53 per cent of 21.4 million registered voters cast their vote, as per the Election Commission of India data.

Voting percentage in the state was almost close to the level recorded during 2015 assembly polls. This is despite the fact that the election is held amid Covid-19 pandemic.

Previous Posts Look beyond the basics; quality education, jobs critical for ‘Atmanirbhar Bihar’
Next Posts Ayurveda has some positive news for sleep-deprived
Categories