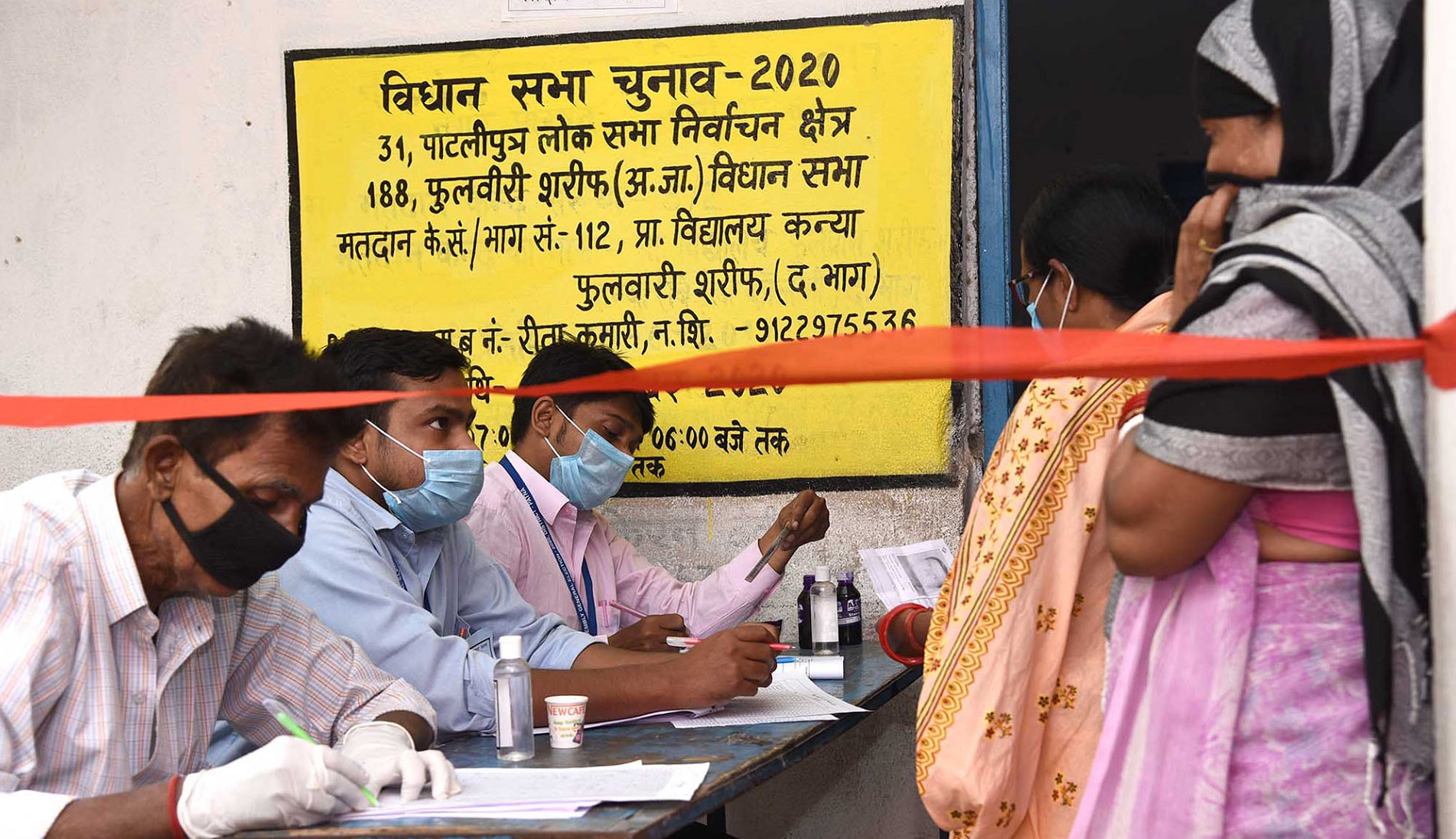 Voter turnout in the second phase of the Bihar assembly election stood at 54.98 per cent, almost the similar turnout as in the first phase, which was held on 28th October.

In the second phase polling was held in 94 constituencies across 17 districts in the state on 3rd November. The voter turnout this year is marginally down due to Coronavirus pandemic. During 2015 General Elections to Bihar Legislative Assembly, 56.9 per cent voters had cast their votes. Key candidates whose fate were sealed in EVM box in the second phase of the polling included Tejashwi Yadav – the Chief Ministerial candidate of the alliance that consists of Rashtriya Janata Dal, Congress and the Left parties.

While the voter turnout was enthusiastic in rural areas. The impact of Coronavirus pandemic was clearly visible in the cities. Kumhrar and Digha, which are part of the state capital city Patna witnessed among the lowest voting percentage. Voter turnout in Patna Sahib stood at 50.6 per cent.

Bhagalpur witnessed 48.25 per cent turnout, while only 46.11 per cent voters exercised their franchise in Biharsharif assembly constituency.

Previous Posts Ayurveda has some positive news for sleep-deprived
Next Posts Bihar’s Voters Shrug Off Corona Fear; Turnout Among Highest in 20 Years