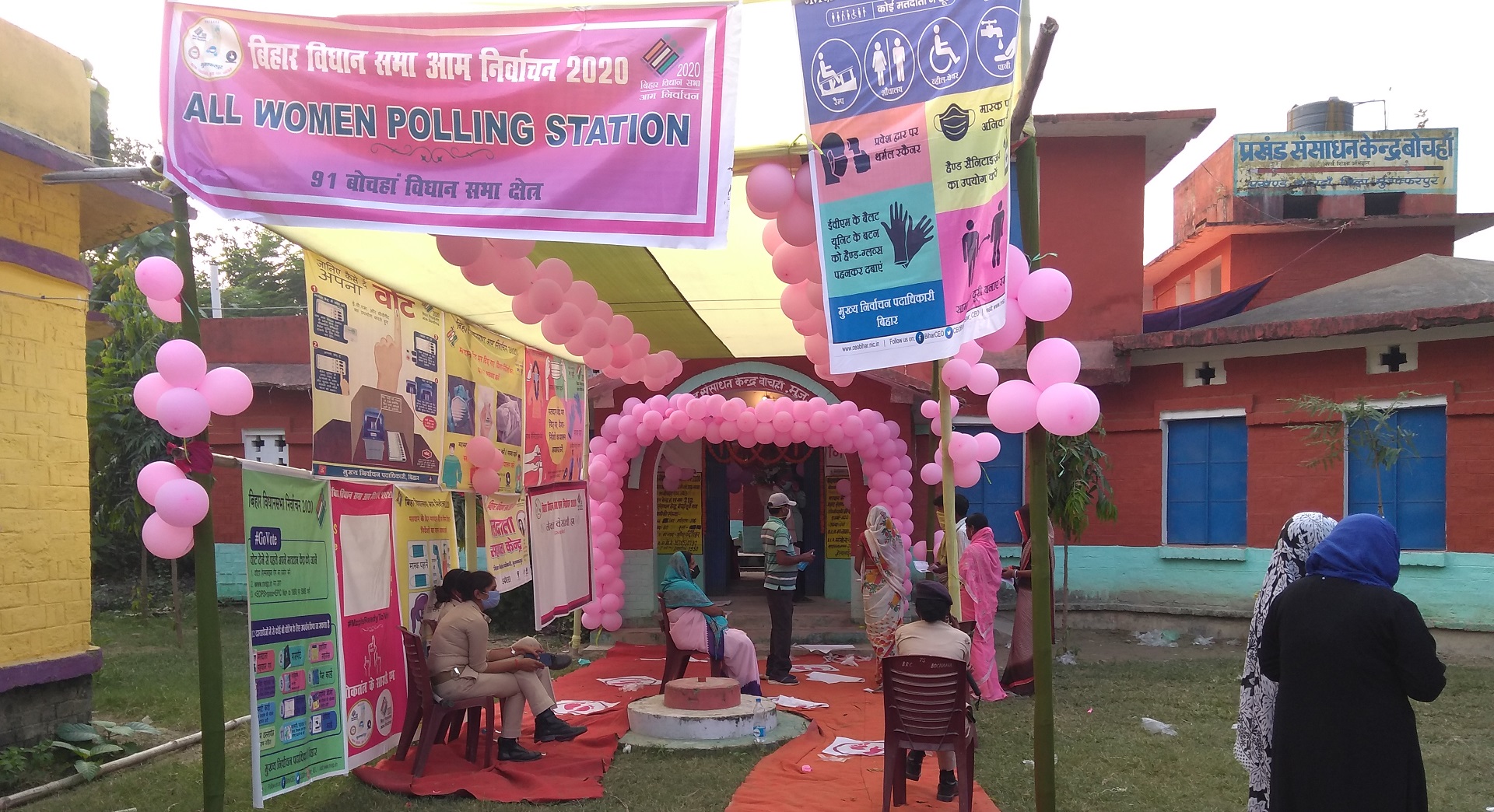 People of Bihar have exercised their franchise shrugging off Coronavirus fears. Despite the Covid-19 pandemic the voter turnout this year was among the highest in 20 years.

The voter turnout in the third and final phase of the election held on November 7 stood at 58.22 per cent. In the first phase held on 28 October it was recorded 54.33 per cent and in the second phase held on 3 November the turnout stood at 54.98 per cent. The overall turnout is projected to be close to the 56.8 per cent figure clocked in 2015 assembly election.

A major contributory factor to the impressive voter turnout this year was the enthusiastic participation of rural voters. The percentage of voters who came out to exercise their franchise in rural areas were way higher than urban areas. The second important factor is higher participation of women this democratic exercise.

The percentage of voters who came out to exercise their franchise in rural areas were way higher than urban areas. In other parts of the state also the voter turnout among urban voters were disappointing. Turnout in Biharsharif, the headquarter of Nalanda district, stood at 46.11 per cent. In Bhagalpur assembly constituency, another urban population dominated area, the voter turnout was 48.25 per cent.

In the third phase of polling the lowest turnout was in Muzaffarpur assembly constituency at 51.14 per cent.

What does this urban-rural voting pattern indicate? One argument could be that the urban population is more scared due to Coronavirus pandemic and thus did not turn up in good numbers to vote.

Or does it indicate a bigger desire for change by rural voters? A large number of migrant workers who suffered during the lockdown are in rural areas. Those whose livelihood have been disrupted and suffered the most during the lockdown might have turned up in higher number to vet their anger.

Bharatiya Janata Party (BJP), which is a part of Nitish Kumar-led ruling National Democratic Alliance (NDA) coalition, has strong base among urban voters. What does their apathy indicate? This will be clear only when the actual votes are counted on 10th November.

However, several exit polls have been conducted. The most exit polls indicate that people of Bihar have voted for a change, thus Nitish Kumar is unlikely to get fourth straight term as chief minister of the state.

Some survey predict landslide victory for Tejashwi Yadav-led coalition. According to India Today-Axis My India exit poll Mahagathbandhan is project to win 139 to 161 seats, while Nitish Kumar-led NDA is likely to win just 69 to 91 seats. Chirag Paswan-led Lok Janshakti Party will projected to win three to five seats.

Some survey predicts that Nitish Kumar would get fourth straight term. As per the exit poll conducted by Dainik Bhaskar, Nitish Kumar-led NDA would win 120-127 seats, while Mahagathbandhan would get 71-81 seats.

However, some survey predicts that Nitish Kumar would get fourth straight term. As per the exit poll conducted by Dainik Bhaskar, Nitish Kumar-led NDA would win 120-127 seats, while Mahagathbandhan would get 71-81 seats. It gave 12-23 seats to LJP and 19-27 seats to others.

Most polls predict that Lalu Prasad Yadav-led RJD would be the single largest party, followed by BJP, leaving Nitish Kumar-led JD(U) to the third position.