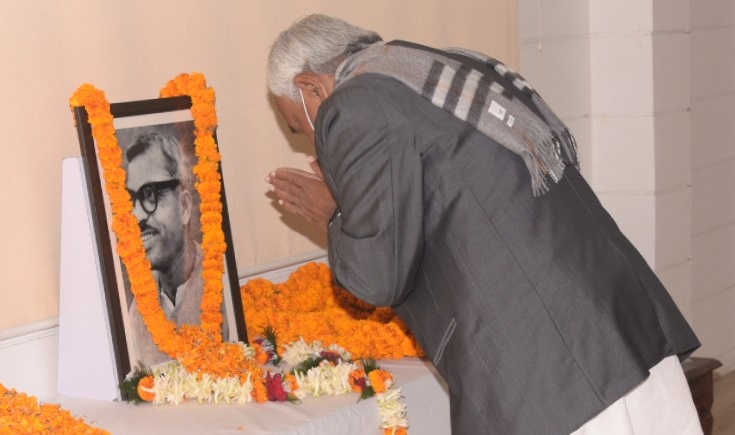 “It is our wish (khwahish) that Bharat Ratna should be conferred on Jan Nayak Karpoori Thakur,” Kumar said in a tweet.

Kumar said that he has recommended for conferring Bharat Ratna to Karpoori Thakur five times. Apart from this year, Kumar sent his recommendation to the centre in this regard in 2007, 2017, 2018 and 2019.

It is said that despite being MLA for nearly four decades and chief minister of the state twice Thakur neither had a concrete house nor a bank account when he died in 1988.

Karpoori Thakur is said to have inspired and mentored the leaders like Nitish Kumar, Lalu Prasad Yadav and Ram Vilas Paswan, among others who have been at the centre of Bihar’s politics for the past over three decades.

Thakur, who was born to a Nai family (barber community), on 24 January 1924 at Pitaujhia village in Samastipur district of Bihar, is popularly referred as Jan Nayak or people’s leader. Some of the decisions taken during is tenure as chief minister is considered controversial. It includes banning English as a mandatory subject in matriculation exam, reservation to backward class in government jobs and ban on alcohol.