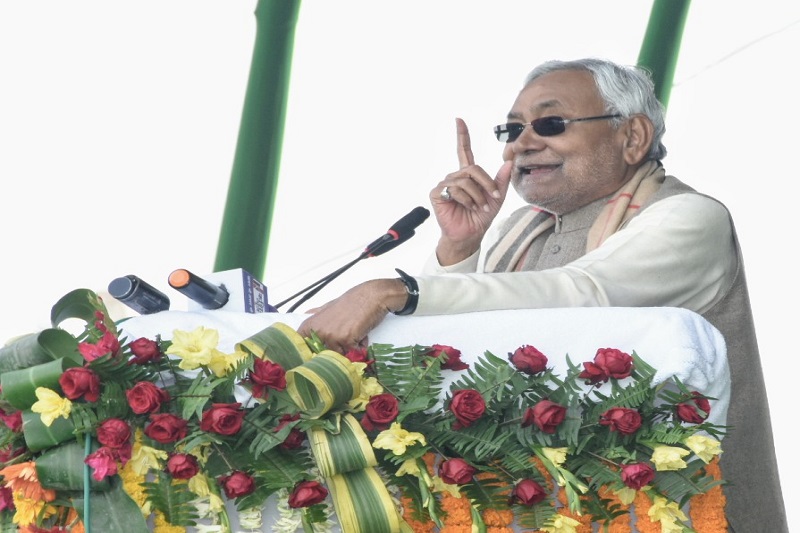 The outcome of the 2020 Bihar Assembly election will be determined by factors such as industrialisation, employment creation, infrastructure development, migration and inclusive growth. This is a welcome departure from the past when politics in the State centred on polarising factors such as caste, identity and social justice.

More than the anti-incumbency trend, this development shows that the frontier of ‘hope’ that for long was associated with Chief Minister Nitish Kumar might be crumbling.

Troubles within and outside

For the people, the election seems to be all about finding a new leader and a new movement that will help them overcome their existential challenges. The Nitish Kumar-led National Democratic Alliance (NDA) government has failed to negotiate well with the Central government and get Bihar its long-denied ‘special status’ as well as investments. Ground reports suggest that people have had enough of the old leadership. The NDA in Bihar is aware of this, which is why it has been undermining the deep uncertainties related to COVID-19, the migrants’ issue, and the floods.

What makes its troubles worse is the unrest in the NDA camp. The Lok Janshakti Party (LJP), which is part of the NDA, has launched repeated attacks against Mr. Kumar, including for his government’s “delayed and less than adequate response” in fighting COVID-19. LJP chief Ram Vilas Paswan, who was once termed by Rashtriya Janata Dal (RJD) president Lalu Prasad as a mausam vaigyanik (weatherman) for knowing in advance the political trends and making decisions accordingly, is now being seen as the man who can upset Mr. Kumar’s plan to be Bihar’s Chief Minister for the seventh time. MP Chirag Paswan’s campaign, ‘Bihar First, Bihari First’, is possibly the most frank assertion of his party’s stand against the apathy of the government towards matters concerning the masses and its autocratic way of functioning. Though the NDA is still in the race for a comeback with its massive disposable resources, state machinery and caste equation, Mr. Kumar’s leadership stands challenged.

There are other challenges for Mr. Kumar too. Even now, the RJD has an impressive cadre-base in Bihar. The anti-incumbency factor, the growing sympathy for Mr. Prasad’s deteriorating health, and stitching up a broader alliance can help the RJD. Former Union Minister Yashwant Sinha’s re-entry into active politics is making an impact in Bihar. His campaign for a ‘Behtar Bihar (Better Bihar)’ is consolidating the old political ranks who for long were on the fringes in State politics. The success of this will depend on how he along with other parties can work on a comprehensive common minimum programme. Political strategist Prashant Kishor has not made his political preference public yet. Pappu Yadav’s Jan Adhikar Party has been at the forefront helping the migrants of Bihar across India. His hold on Seemanchal has tightened. Political crossovers too will be crucial in this election.

The lack of industrial employment in the State has led to high out migration from Bihar. And with the pandemic and the sudden lockdown imposed by the Central government, thousands found themselves suddenly stranded in other States without jobs or a source of income. Many began returning to Bihar. However, the State government has been unable to do anything for their welfare by announcing a substantial economic package or creating a blueprint for gainful employment.

The floods issue in Bihar cannot be overlooked. According to the State Disaster Management Department, this year’s flood swamped 1,232 panchayats across 16 districts of the State. About 70 lakh people were affected, and 24 died. Sadly, in the last 15 years, water cooperation between India and Nepal has waned. Not much has been done to avert disasters and use water resources for productive purposes, including the generation of hydroelectricity, in the Terai region. The acute mishandling of the reverse migration crisis and the floods are two pressing factors this election. They add significantly to the anti-incumbency factor.

Following Prime Minister Narendra Modi’s style of blaming India’s first Prime Minister Jawaharlal Nehru’s policies for the current mess in his regime, Bihar’s Deputy Chief Minister Sushil Kumar Modi blamed the Lalu Prasad-Rabri Devi regime for not building enough hospitals in the State. According to a report in The Lancet, Bihar is among the most vulnerable States during this pandemic as its public health infrastructure is extremely poor to handle a crisis like this.

Bihar’s other development indicators are no better. According to the Centre for Monitoring Indian Economy (CMIE), in June 2020, Bihar’s unemployment rate was nearly double the national average in the year ending June 2019. Earlier, another CMIE report stated that Bihar’s unemployment rate increased by 31.2 percentage points in April 2020, rising up to 46.6%. Unemployment had risen from 1.6% in April 2017 to the current rate. These figures question the myth surrounding Mr. Kumar’s sushashan (good rule). Moreover, an extremely poor law and order situation makes the overall scenario worse in Bihar.

At the height of the COVID-19 crisis, the State government replaced the Principal Secretary (Health), Sanjay Kumar, who was known for regularly updating the public on the number of COVID-19 cases and deaths in the State. Since then, confusion has prevailed over the numbers. On August 3, in the State Assembly, Bihar’s Health Minister Mangal Pandey said that of the total of 6.12 lakh tests carried out for COVID-19 in the State till August 1, 3.24 lakh had been carried out through RT-PCR. However, contradicting this, the Chief Minister stated that less than 10% of the tests are being done through RT-PCR. Whom do we believe? Also, Bihar is relying on antigen tests. These tests have low credibility. Therefore, the actual number of cases cannot be ascertained through these tests.
With Bihar facing so many crises, it remains to be seen if Mr. Kumar will emerge from this poll unscathed. History will be kinder to Mr. Kumar and Deputy Chief Minister Sushil Kumar Modi if they acknowledge the problems of their administration and the opportunities foregone under their rule and work out a plan to tackle those in the poll agenda.

(Atul K. Thakur is a policy professional, columnist and an advisor, Bihar Connect. This article was first published in The Hindu)